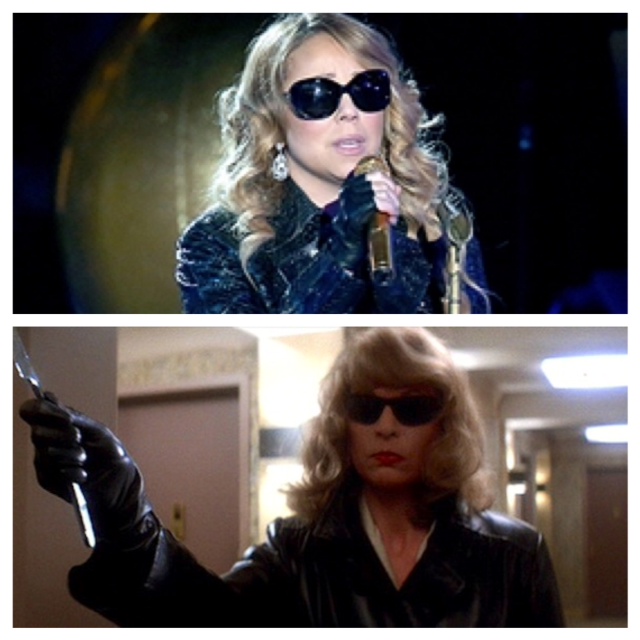 Contrary to what everyone is saying, Mariah Carey slayed it last night… by getting decked out in her best early ’80s transgender psychopath drag ala Michael Caine‘s ‘Bobbi’ in Brian De Palma’s camp classic thriller Dressed To Kill.

The 45-year-old’s interesting choice of attire during rehearsals for NBC’s Christmas in Rockefeller Center made total sense once she murdered her latest rendition of All I Want For Christmas Is You.

There were no survivors. May she rest.