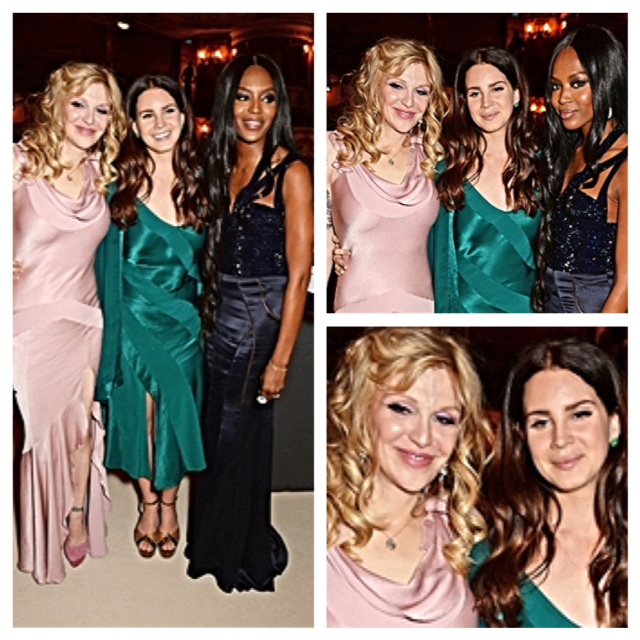 Despite any evidence of hypodermic needles or wayward cell phones, drowsy singer Lana Del Rey risked severe bodily harm as she found herself in a precarious situation alongside Kurt Cobain’s widow Courtney Love, 50, and anger mismanagement spokesmodel Naomi Campbell, 44, at the British Fashion Awards in London on Monday.

Authorities at the scene revealed the alleged chanteuse managed to escape with no signs of physical trauma. After further investigation it was determined Del Rey’s engorged pout was in fact a product of her own doing.

Born Elizabeth Woolridge Grant, the 29-year-old vocal minimalist – who is willingly going on tour with the Hole survivor – stood completely still with the assistance of  a pair of trendy orthopedic sandals as she slyly eluded the ’90s icons without incident.

It’s common knowledge that Courtney and Naomi are fans of Ultraviolence … and they reportedly like Lana’s third studio album too.