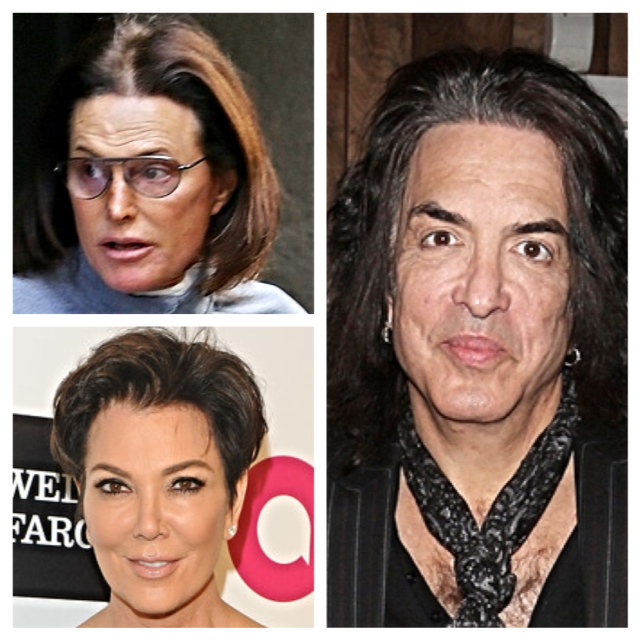 With their marriage in a state of total ambiguity, former Olympian Bruce Jenner, 64, and Kardashian oligarch Kris Jenner, 58,  have been thrusted further into turmoil over the discovery of yet another one of their biological offspring … 62-year-old KISS guitarist Paul Stanley.

The uncanny birthright revelation was made when the gender neutral rock star  — whose given name is Stanley Bert Eisen — arrived to a book signing for his new memoir, called appropriately enough, Face the Music: A Life Exposed in Ridgewood, New Jersey on Wednesday.

Reports claim the paternity news started to come to light following Bruce’s recent laryngeal shave surgery to remove his Adam’s apple. According to sources, Kris then became extra suspicious about Paul’s true identity upon noticing that the musician didn’t appear to have one either.

While there is no official word if this latest family drama will unfold in an upcoming episode of Keeping Up With The Kardashians, the mystery of where Khloe gets her good looks has finally been solved.