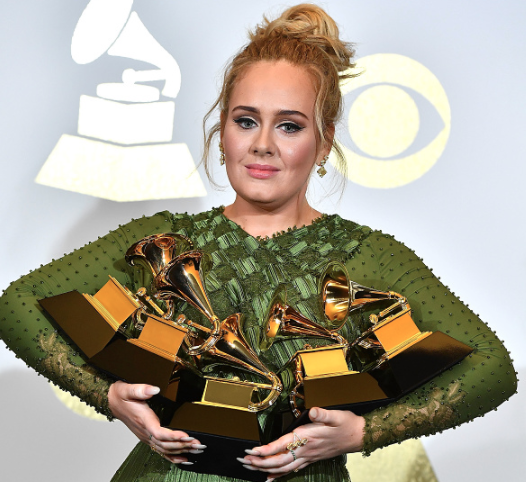 Things Learned From Watching the 2017 Grammys 2. By the way Beyonce is flaunting her second pregnancy, it’s obvious we still don’t know who carried her first one. #TheTruthIsOutThere 3. The only person who hasn’t tired of hearing “Hello” is Adele. True story! 4. Keith Urban will be amazing in The Betsy DeVos Story. 5. The highest level in Scientology is OT: Shady ’80s Vegas Lounge Act. Save us, Leah Remini! 6. Immediately following their Bee Gees tribute, Little Big Town performed at your cousin’s wedding in Encino. And they took requests! 7. The imaginary Quentin Tarantino film that Dwight Yoakham & Jason Derulo are living in is going to be amazing. 8. Apologies to Chance the Rapper, but it will always be too soon to bring back Cosby sweaters! And now a few more silly words on some petty shit. Enjoy!

Beyonce – Narcissistic? Yes. Self-indulgent? Of course. Over the top? Clearly. But c’mon, who doesn’t L-U-V a pop queen on her throne? Now, against your better judgement, yell “slay.” Katy Perry – ALWAYS. GETS. IT. WRONG.  So Becky may finally be WOKE, but the gurl cannot find a decent outfit if her rights depended on it. She ought to shave her head, as it would be her best lewk yet!  On the positive side, at least NO ONE yelled “slay.” Demi Lovato – Serving KARDASHIAN on the carpet & ’70s SARKISIAN (as in CHER-ilyn) on stage. Guess she’s done being cool … for the summer. Maren Morris – Winner of best country something or other. What I want to know is: Will she accept this rose? #SheLooksLikeSomeoneOnTheBachelor Tim McGraw & Faith Hill – They are both turning 50 in a few months. Is country don’t crack a thing? CeeLo – Can someone please Uber Gaga’s 2011 egg and send him home? Bruno Mars –  Definitely enjoyed it, but there was just one thing missing from his Prince tribute — Wendy & Lisa! Halsey – Alls I see is a mashup of early Pink, JLo’s Versace thirst and TLC “Creep.” Next! Paris Jackson -The resemblance is uncanny. She has her father’s … last name. And finally, if you haven’t heard the latest episode of my weekly pop culture podcast SCREAMING INTO TRAFFIC, just click below.