Mariah & J.LO: Not All 45-Year-Olds Photograph the Same! 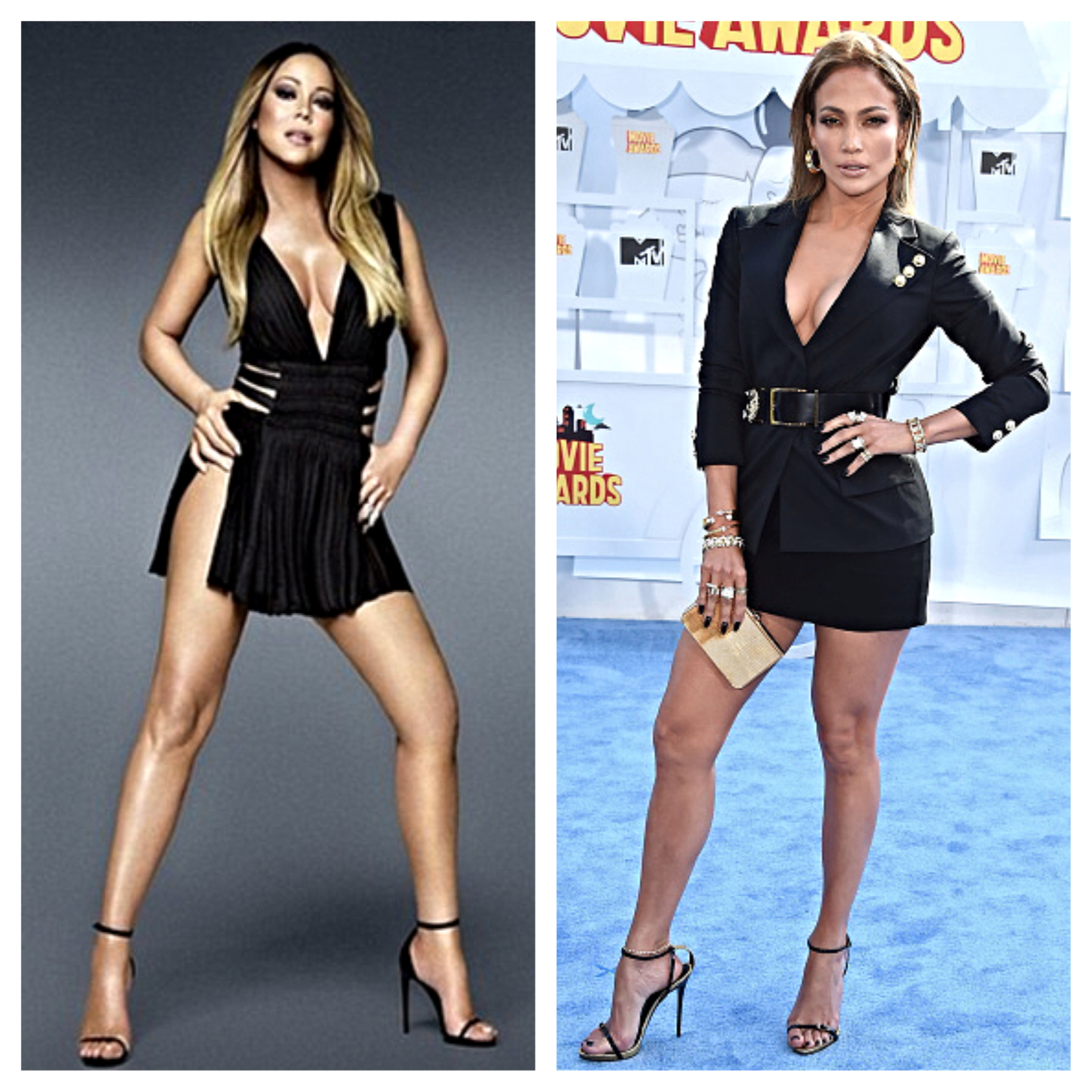 They are 45-year-old divorced mothers of twins, New York native pop divas with a penchant for honey blonde horse weaves, who have sat behind the judge’s table on American Idol and starred in two of the worst movies of the last fifteen years to begin with the letter G, so Mariah Carey and Jennifer Lopez have a lot more in common besides utter disdain for the other.

Looking like the repurposed cover of her 1998 greatest hits album, My Little Pony and Tamar Braxton going as Ariana Grande for Halloween, a version of Mimi was meticulously cropped onto the front of her brand new record #1 to Infinity striking a cleavage-baring, leggy pose similar to the one J.Lo flawlessly executed – in the actual flesh – at the MTV Movie Awards on Sunday.

These photos prove both are unreal.