Carol from ‘The Walking Dead’ Flashes Some BUSH! 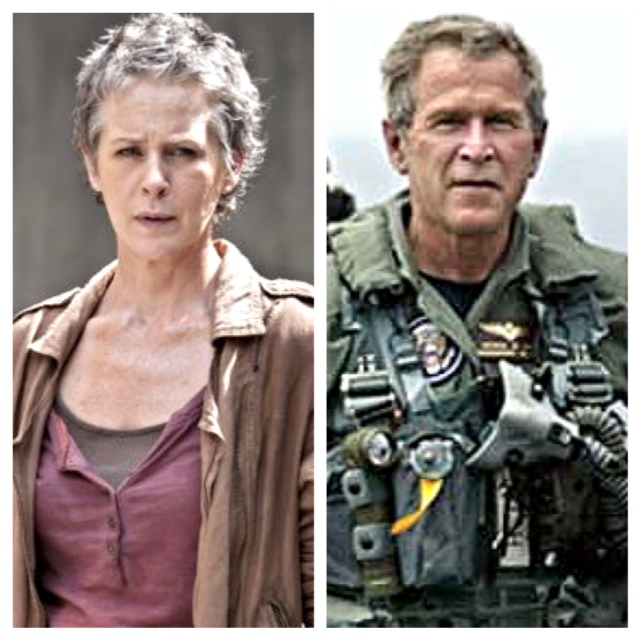 Here’s actress Melissa McBride as Carol Peletier on last night’s amazing season five premiere of  The Walking Dead — and President George W. Bush arriving on the USS Abraham Lincoln on May 1, 2003,  just prior to announcing ‘the end of major combat operations in Iraq.’

While both waged war, one of them kicked serious ass, saved the day and quickly became a fan favorite.