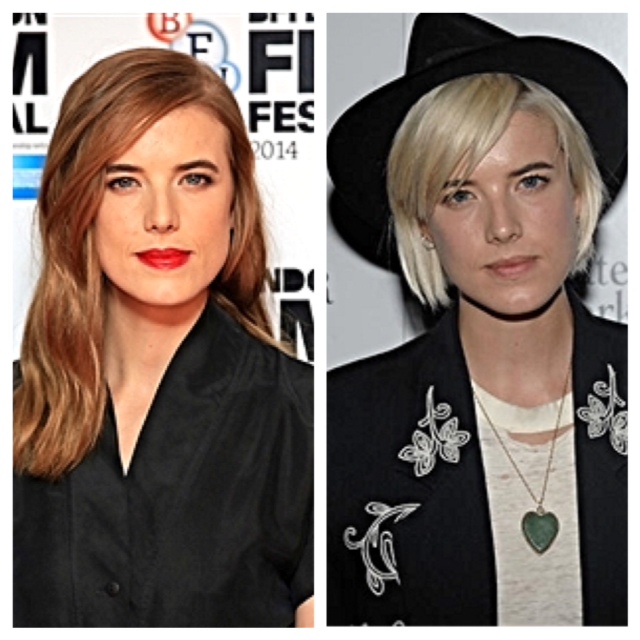 Former supermodel turned Scientolowife to Giovanni Ribisi, Agyness Deyn resurfaced looking like a cross between Tea Leoni and the daughter in the Taken films at the premiere of her new movie (she’s a Scientolo-actress now) Electricity in London on Tuesday.

Although she had small parts in the 2010 film Clash of the Titans and  the British thriller Pusher, Electricity is her first lead role. In it she plays a  woman with epilepsy who experiences hallucinations as she searches for her long lost brother. No word if her character gets glib and receives medication for the neurological disorder.

For about five years beginning in 2007, the 31-year-old ruled the runways with her short tomboyish blonde bob before pulling a TomKat and marrying the Avatar star and lifelong Scientologist seemingly out of nowhere in a surprise wedding on June 16, 2012.

While Agyness has never admitted to being an L.Ron Hubbard fan, she did address reports that she’d been “brainwashed’ by the so-called religion.

She told the Evening Standard: “Brainwashed to what? The people who are saying this, have they ever read a book? Do they know what it’s all about? You meet someone and you fall in love with them. I’d go and live in a tent if I had to with him.”