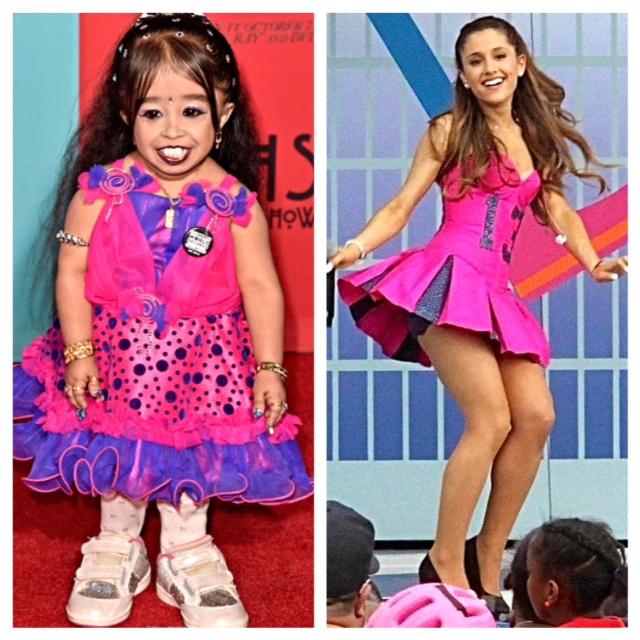 Getting ready to take Hollywood by storm,  2 ft 6 in-tall actress Jyoti Amge – who is the World’s Shortest Woman – made her debut playing Jessica Lange‘s assistant Ma Petite on last night’s premiere of American Horror Story: Freak Show — as itsy-bitsy singer Ariana Grande continues to rule the pop landscape with two songs currently in the top 10 on the Billboard Hot 100 chart.

While Jyoti and Ariana were both born in 1993 and have an affinity for lustrous long weaves, they also have a Big Brother connection: Ariana’s half-brother Frankie Grande starred on the most recent American edition and Jyoti appeared on the Indian version called Bigg Boss.

Unfortunately, one of them also has a huge problem … enunciating lyrics.