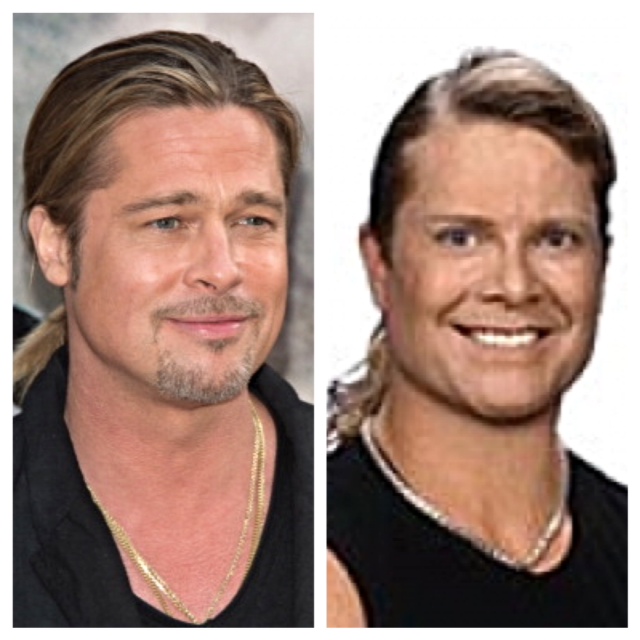 With his 50th birthday just a few months away, Brad Pitt still looks like someone who spends all his time at the gym … ’90s fitness informercial king Tony Little.

And the first casualty of the zombie apocalypse is  … “Fight Club” era Brad.