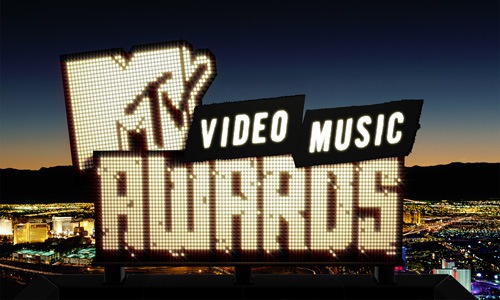 1. Kanye and Taylor Swift really need to get over it, because we did …12 months ago!

2. There was no red carpet last night, other than the area rug directly underneath Lady Gaga’s beef carpaccio panty liners.

3. Travie McCoy, Jason Derulo and B.o.B are not the same person.

4. I just don’t get the allure of gender illusionist Justin Bieber.

5. Jared Leto’s music career is officially more successful than his acting one.

6. I am living for Florence and the Machine. LIVING!

7. Nicki Minaj is Lady Gaga … with a sense of humor and a booty! Child!

8. Gaga really has to stop with the ‘little monsters’nonsense. No, seriously.

9. There were more redheads running amok at the Nokia Theater last night than in that entire MIA video. Ginger Power!

10. The construction crew at the Nokia should get an award for safely assembling and removing all the scaffolding … from around Cher’s face.

From lame ass presenters like Victoria Justice (um, who?) to over-hyped self-indulgent performance feuds, the 2010 VMAs were the most underwhelming thing since Rihanna’s last album. While I did like the sett, where was a Britney meltdown or a faux-lesbian 3-way when you needed one?!

As always feel free to send me your comments and feedback at thejohnnylopez@gmail.com. And, no, I didn’t do an Emmy recap last month. I couldn’t be bothered with all those boring ass television stars!

Eminem – All I know is he dueted with Rihanna, is friends with Elton John, came out in support of marriage equality, lost a lot of weight and wound up salvaging his career. Ok! Not that there’s anything wrong with that ….

Rihanna – Redhead #1. With her Draggedy Ann Run Lola Run weave, Madonna’s 1984 Like a Virgin Wedding gown and kd Lang’s Doc Martens, RiRi doesn’t have to worry cuz she’s the only girl in the world who will wear that.

Chelsea Handler – Everyone thinks she bombed. She made crass one-liners … that’s what she does and that’s why they hired her. What did y’all expect? She was def better than Russell BLAND … who was awful.

Lindsay Lohan – Redhead # 2 — Yes, yes, making fun of yourself after royally fucking up is funny … until it isn’t. Stop going out at night. L.A. clubs are not that amazing! And get a goddamn driver for Christ’s sakes.

Lady Gaga – I’m torn. On one hand having the biggest pop star in the world right now be extremely vocal in pushing the “gay agenda” is fantastic, but doing so while covered in prime rib or peacock feather headgear makes it a little hard for people to take your message seriously. Don’t ask, don’t try so hard!

Justin Bieber – I understand the Dorothy Hamil, the Farrah and the Rachel, but who would of thought Hilary Swank in ‘Boys Don’t Cry” would be the inspiration for the next big hair trend … 10 years later. Baby! Baby! Oh!

Ke$ha – She looked like Paris Hilton … if Paris had grown up in Thunderdome.

Katy Perry — At least she didn’t sing California Ghouls again. It’s the little things you need to be thankful for, people.

Nicki Minaj – Clown Gaga is giving us Lil Kim realness. Barbie better watch her back because Kim will cut huh!

Will.i.Am. – Black face performance outfit compliments of the BP spill. Save the Gulf!

Florence & the Machine – Redhead # 3 — Love them but the lead singer says she’s 24. She’s either led a really hard life or she must mean in Rachel Zoe years. Beyatch, please!

Jane Lynch — or Leader of the Rebel Alliance. Someone get her a track suit, stat!

Usher – I’m such a sucker for Jennifer Lopez “Waiting for Tonight” video green lasers, so I enjoyed his Tron –esque performance.

Taylor Swift – Please she was not upset at Kanye — although we’re supposed to think she was because she’s performing BAREFOOT. She should be thankful for all that good PR. The only other way to get the entire country on your side is … to have your husband cheat on you with every skanky tatted up Nazi stripper chick in the country.

Drake – you fancy ha?! Cue Wendy Williams. How you doin’?

Joe Mangiello “True Blood” – Team Jacob, who? Whoa! Now that is a man.

Evan Rachel Wood – Redhead #4 — She is definitely the Queen of the Vampires .. but not on “True Blood” … for incessantly dating Marilyn Manson!

Jersey Shore – As someone who went to a predominantly guido high school in Queens, I can tell you guys, we’re laughing at you, not with you! Well, except for Snookie. Love me some Snooks! Waaaah!

Sofia Vergara – Charo 2.0. She’s totally playing up that accent more than ever. I don’t buy it. Next award show she turns up with a poncho, a burro and a vat of coffee beans. It’s her shtick. Cuchi cuchi!

Hayley Williams/Paramore — Redhead #5 AND #6 for the extra deep red yarn bump it on her head. … now that was Misery Business!

Bruno Mars – La Bamba, is that you?

Robyn – Poor girl didn’t even get an introduction or chyron on the screen. Rude! Securrrity! Some little Macaulay Culkin-esque gal is dancing up over the stage.

Victoria Justice – Wait, that’s not the chick from “Vampire Diaries’? Then who da hell is she?

Linkin Park – ‘Memba them? I though they went away w Korn and Limp Bizkit. That being said, I loved the Griffith Observatory performance. LA needs to work on having more concerts there.

Cher – Not even Trump Tower has that much marble, brass, steel reinforcements and caulking going on. Who knew they made orthopedic cat suits? But it’s nice to see all her hydraulics and pulleys working properly. Cannot wait for the shit show that is going to be “Burlesque.” Heaven!