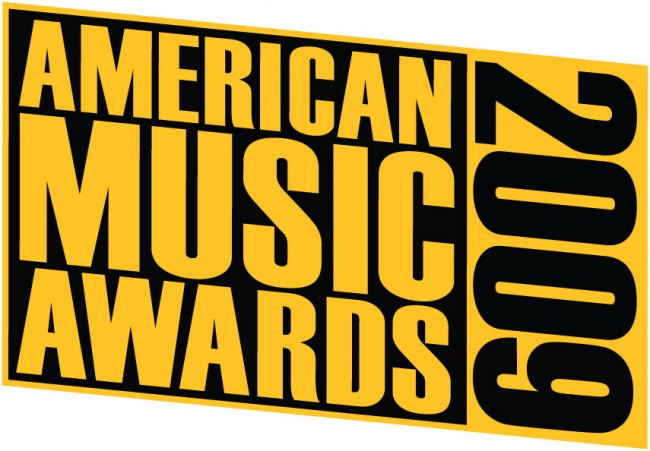 1. Taylor Swift can do no wrong. America, meet your first woman President.

2. Either the show took place in Thunderdome or we are in the midst of a serious post-apocalyptic fashion moment.

4. Sofia Vergara is the hottest woman in the world.

6. As proven by Jacko, Britney and Whitney, only two things that can resuscitate a stalled pop music career – death and rehab.

7. Everyone has jumped on the Lady GaGa tip and has turned the pop music landscape into one big avant-garde art installation piece. No performance/video is complete without a series of masks, robotic alien-like creatures or spastic bodily twitches.

8. “Idol” has hijacked the AMAs. With so many former American Idols winners and losers performing (and not lip-synching), I was half-way expecting to see Fantasia and Taylor Hicks up there too… assuming they got their Olive Garden shifts covered.

Forget VH1, with Janet, JLo, Rihanna, Shakira, Whitney, Gaga, Carrie, Kelly & Glambert, last night was divas live. So whether you thought J.Lo bit it more than Adam or if Whitney’s voice wasn’t all it’s cracked out to be, here is the recap.

Janet Jackson – She’s gone from Rhythm Nation to Ewok Nation! No one will ever understand why Janet didn’t give in to the pantless, camel toe craze that has over taken female pop stars (GaGa, RiRi, Shakira, Pink, Madonna etc…) and instead chose to wear a saggy, shit brown Robin Hood pant suit. While we all love a best of medley, it seems the only way JJ will get a new hit is if she goes for a ride in Chris Brown’s Lambo.

Black Eyed Peas – “I Gotta Feeling” may quite possibly be the hardest thing to bury since Michael Jackson. Make it stop. The Black Eyed Peas sampling Nirvana … 2012 has officially arrived!

Rascal Flats – I had no idea Chaz Bono was their lead singer.

Shakira – Love me some Shaks, but didn’t we like this number better the first time …when Beyonce did it.

Sofia Vergara – She can “rape” me anytime. She ‘dated’ Tom Cruisazy after Penelope and before Katie … and got out alive. She knows things!

Reba McEntyre – If she’s really friends with Clarkson, then she needs to give girlfriend some advice … or, at the very least, a mirror!

Kelly Clarkson – Wearing the same dress as Fergie … but in the mother of the bride version. I had no clue she was in the NRA, how else to explain her need to excessively flaunt her right to bare arms.

Alicia Keys & Jay Z – So where did they hide Lil Mama’s body?

Christian Slater – Beavis, is that you? If Tyra has a fivehead, he’s got a ninehead. His face repels all lines … including his hairline.

Jermaine Jackson – He will never win an Oscar, but he definitely looks like one.

Kris Allen – ‘Memba him? You can come but you can’t perform. Sometimes when you win, you lose. He’s the white Ruben Studdard.

Rihanna – Somebody tee pee’d RiRi! When can we stop feeling bad for her or making excuses for her lackluster new album? She better remix the shit out of it.

Carrie Underwood – The whore-ification of Carrie continues. You know her label is freaking out and trying to figure out how to compete with that younger, blonder country singer. Don’t be surprised if Carrie’s next video features a pole, T-Pain and Lil Jon.

Lady GaGa – Donatella meets “District 9.” While I secretly loved the Jane Fonda Aerobics choreography and the hermaphy-like fleshy appendage flap thing on her crotch, once you bleed and hang yourself at the VMAs there’s nowhere to go but under whelmed. And as if I needed anymore excuses for having simulated runway walk offs in my life, I thank Gags for penning the official anthem to my internal dialogue…”walk walk fashion baby work it move that bitch crazy.”

Drake, Kid Cudi, Jeremih – Or as everyone refers to each of them: “that guy that sings that song.”

Mary J. Blige – Without theatrics, legions of dancers or near-nudity, her simple yet boring performance came off as one of the most original of the night.

J.Lo – Let’s get ready to Tummmmmmble. The fly girl has fallen …on her Louboutins. Despite the misstep, I actually liked the performance. Shirtless muscle men make everything better. And now I can’t get that damn chorus out my head.

Bobbi Christina – When one Houston is saved, another is lost. This will not end well.

Seth Green and his girlfriend – How much E were they on? Get a room!

Ryan Seacrest – Looked a little off. Not sure if it was just the bigger hair or the injectables.

Taylor Swift – She actually beat out Michael Jackson for Entertainer of the Year and she didn’t have to die! And what the hell is she still doing up at 4 am? Rehearsing? Mmmm Hmmmm. One photograph of her holding a cig and it’s all over.

Adam Lambert – Never mind Simon, no one will judge the out “American Idol” runner-up harder than the gays. With everyone on that stage wearing eyeliner and asymmetrical haircuts, I could barely tell if he was kissing/groping men or women. Regardless, the most shocking thing wasn’t his pansexual Pussycat Doll-like antics, but the sound of his over the top cackle! And being given such a huge platform (of closing the show) for a new artist with nary a hit or any performance history other than Idol, Adam was set up to fall … literally. It’s nearly impossible to be a big successful male pop star (name one besides Timberlake!), let alone out and proud. So I for one am rooting for Glambert, if for no other reason than he’s all we got.