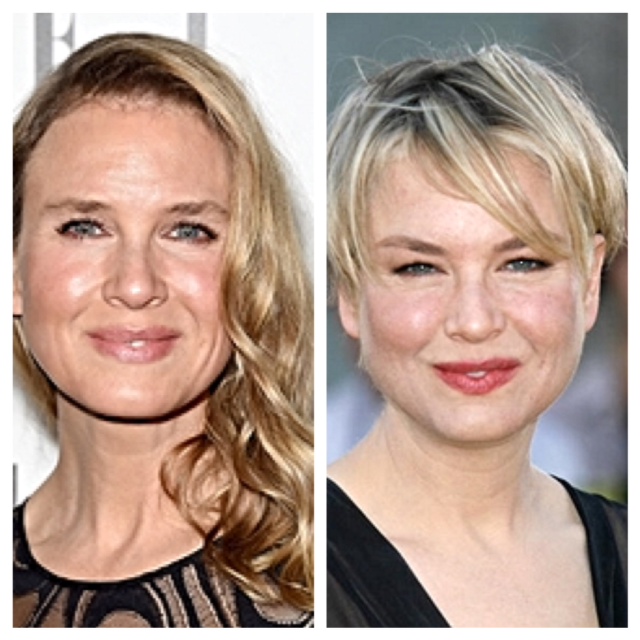 Where were you when Renée Zellweger – or rather her face – blew up the Interwebs?!

Maybe congratulations are in order, because with Ebola panic, Isis threats and Wyoming becoming the 32nd state to legalize marriage equality (that’s right, f*ckin’ WYOMING!), we all chose the peculiar happenings with the bone structure of a 45-year-old actress who hasn’t made a movie in nearly five years hog up our news feeds and headlines exactly two weeks before the ever-important midterm elections. And they say it’s hard to get noticed in Hollywood after 40!

Maybe it’s not so much what she’s had done as to what has she stopped doing? Yes, she looked different from her ‘old’ self, but in my opinion she looked as pretty as usual and more natural (just look at them brows) than she has in years.  Her forehead moved and we could finally get a good look at those gorgeous baby blues! RIP to all the squinty eye, chipmunk cheeks and sour lemon facial grin jokes and memes.

Maybe we’ve become so accustomed to the cryogenically petrified veneers of the “Real” Housewives or the fine Italian marble coatings of legitimate A-listers like  Madonna and Nicole Kidman, that it’s become inconceivable to believe that a famous female would willfully stop injecting battery acid & plutonium into their brow line.

Maybe she did have work done. Fantastic. If so, she needs to give her doctor’s number to the legions of sentient comedy and tragedy masks currently populating red carpets – and Bravo programming – around the world, because looking like a Madame Tussauds exhibit isn’t ideal nor does it translate to younger or better.

Maybe she’s just really happy. For whatever reason she took a few years off from Hollywood and all its bullshit machinations (can you even imagine being an actress in this biz with all the scrutiny and silly posts getting written about you all day?!) and found love with musician Doyle Bramhall II.

And maybe that is just enough to change you.