Kathy Griffin — Banged Up in NYC! 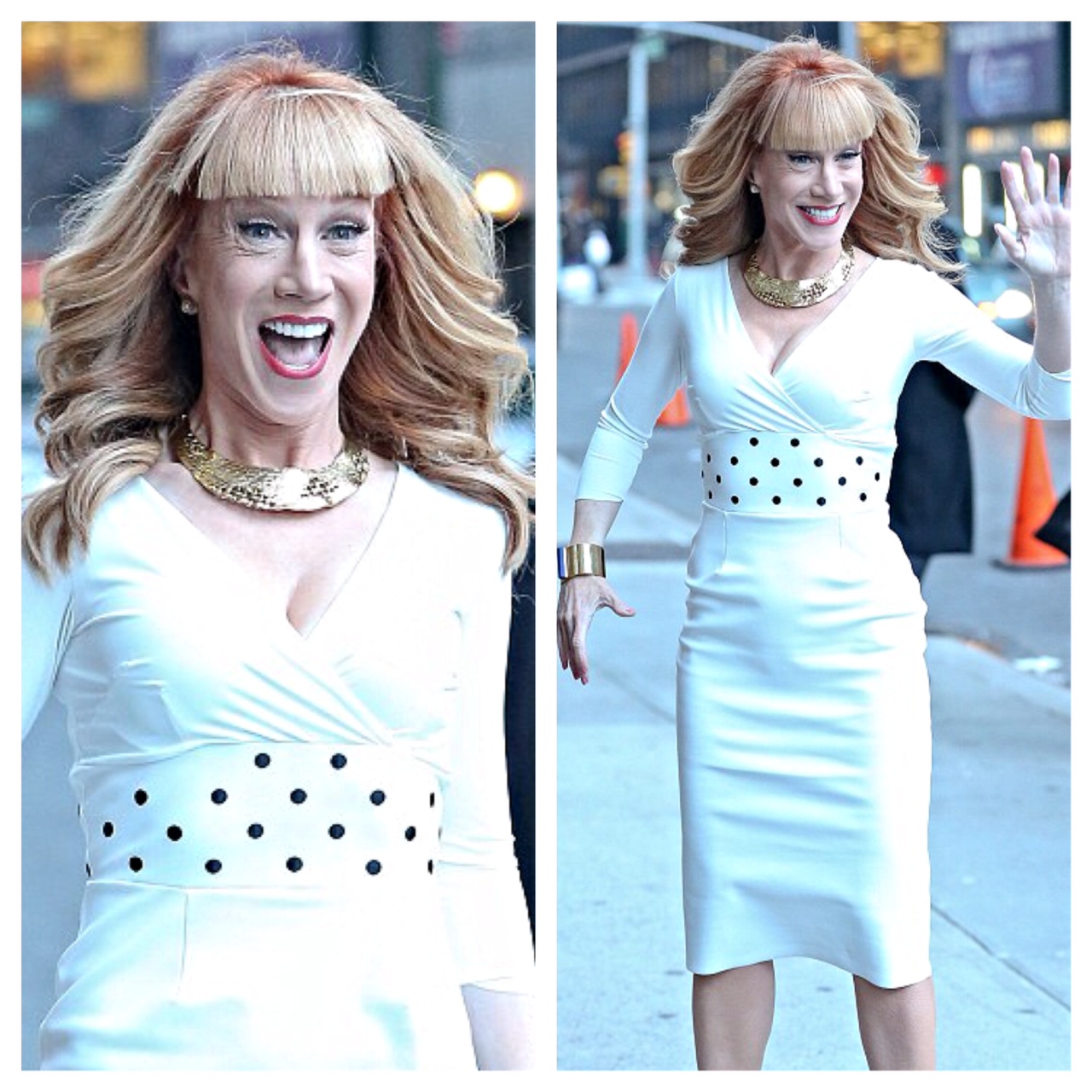 Comedian Kathy Griffin was the apparent victim of a violent crime on Monday, when she was assaulted by a set of $2.99 Black & Decker™ dust brush clip-on bangs outside the Late Show with David Letterman in Manhattan.

Despite her visible injuries, the 54-year-old attempted to put on a brave face as she smiled and waved to fans while seemingly unbothered by her Rite-Aid bristle extensions’ uncanny resemblance to Annabelle from The Conjuring.

As a member of the Fashion Police, a full investigation is planned with the perpetrators expected to be punished to the fullest extent of the law.

A rep for Griffin’s hairstylist released a statement saying: “I can’t weave.”