19 Things About the 2016 Billboard Music Awards 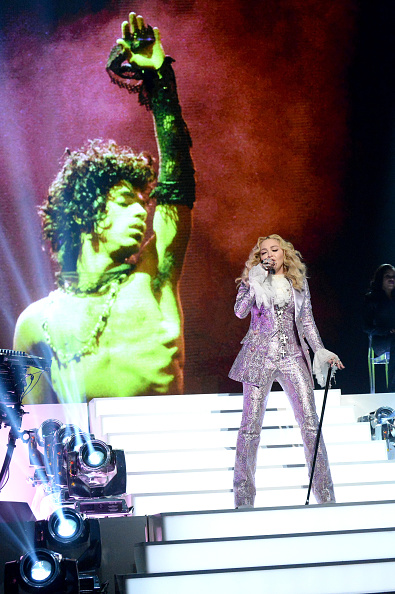 1. Britney Spears was amazing … for Britney Spears. And by that  I mean she maneuvered the stage on her own power (save for her assisted back flip), opened and shut her mouth on a semi-consistent basis, flailed her arms on cue and successfully bolted down her weave. So in that sense – and to quote every other blog & twentysomething on Twitter – Britney did in fact “SLAY.” #PleaseStopUsingSlay 3.  Fifth Harmony on holiday from their regular paying jobs as stand-ins on Keeping Up With the Kardashians.  The Khloe one is still my fave! 4. Meghan Trainor – The hair is NO! That dress is NO! Her dancing is NO! You need to let it go. 7. Props to Demi Lovato for using her voice to speak out against all those ridiculous anti-transgender bathroom laws … and to sing LIVE! Groundbreaking. 9. Adele sells more than anyone without having to parade around pantless, snatches trophies, doesn’t show up to award shows and drops a ridiculously simple video. She does not give AF! QUEEN. 10. Kesha – Career re-invention starts now! And if you don’t like her Colonel Sanders meets Temple Grandin ensemble then you must be Team Dr. Luke. 12. You’d have to be dead inside to not fall in love with Celine Dion after her emotional speech last night. But the real question is how long until Gigi Hadid – or Calvin Klein – starts dating her It boy son, Rene Charles? #HeIs15 13. I’m living for Halsey‘s ’80s perm! I love saying PERM. Please tell me millennial girls in Brooklyn are rockin’ perms up and down Bedford. For the love of Rhea Perlman, make this a thing, Greenpoint! #fetch 14. Ariana Grande – For once, bride of Fievel didn’t annoy the crap out of me. Maybe I’ve just gotten use to her Seabiscuit extensions & lazy dancing, but since I actually heard her enunciate, I’m led to believe she finally had her tongue rebuilt. Congrats, lady. Original member Kathy Valentine quit the group a few years ago & they added Abby Travis (center), but they still got the beat. And I’ll always be Mad About You, Belinda Carlisle. 16. Steven Tyler is going to be an excellent addition to Caitlyn’s bus next season! 17. Madonna –  Well I loved the outfit!  Listen, “Nothing Compares 2 U” is a really tough song to pull off. Obviously not the best for her to chose, but had she done a more uplifting dance track y’all be saying how disrespectful of her to not be solemn. Now I will give props to M for not lip synching, keeping the tribute heartfelt, low-key & not doing an over-the-top medley (ahem, Gaga). Madonna haters are gonna hate, but from one icon to another – who were born the same year, dated and recorded the 1989 track “LoveSong” together – it was still pretty major to witness in my book.  Long live Prince & the Queen. 19. And finally, if you haven’t heard the latest episode of my HYSTERICAL weekly podcast SCREAMING INTO TRAFFIC, just click below. It’s life changing!  🙂