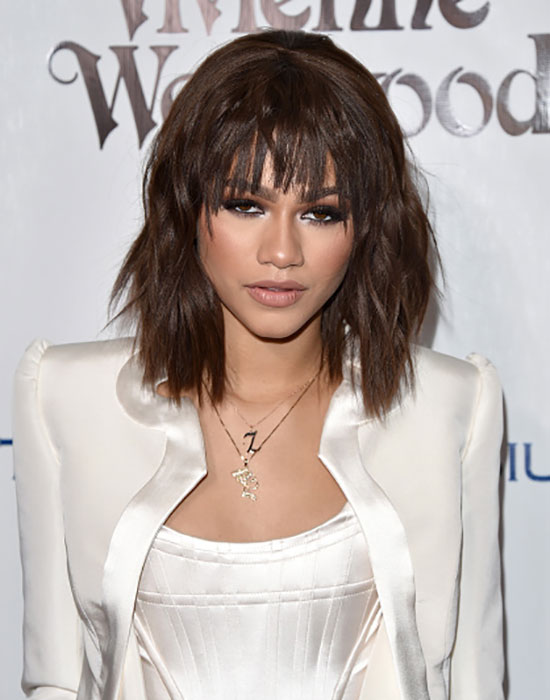 With the Golden Globes this weekend, Hollywood will most likely play it safe for the show’s annual red carpet on Sunday.

But on Saturday, it seemed the film and TV elite gave their stylists a much needed night off and were left to their own devices to attend the wardrobe & weave malfunction-palooza that was the Art of Elysium gala. 1. Juliette Lewis – As the Megyn Kelly of Scientology (aka the one you excuse for her affiliation with a batshit crazy org), I fully support whatever role on Once Upon a Time she’s trying to land. #XenuPrincess 3. Kaley Cuoco and sister Briana Cuoco – Forget what she’s wearing (no, really!), because  I bet many of us have never really realized just how much visibility the Big Bang Theory star is bringing to non-white actors everywhere. #OITNB 4. Zendaya – Isn’t it better to have your weave smell like patchouli oil and weed than Rite-Aid sale rack?! #WigInABag 5. Malin Ackerman – With Madonna causing a scene across town at Sean Penn‘s Haiti benefit, Malin stood in for the Material Mom by donning her best “Express Yourself” wig drag. Don’t go for second best baby! 6. Ed Westwick – I think the Gossip Girl star was drugged, because how else do you explain the Cosby sweater suit & the highlighted tips?! #ChessKing 9. Paz Vega – At some point in the last decade, the Spanglish star (‘memba that?!) transitioned from Penelope Cruz’s twin into Anne Hathaway’s. #AyDiosMio