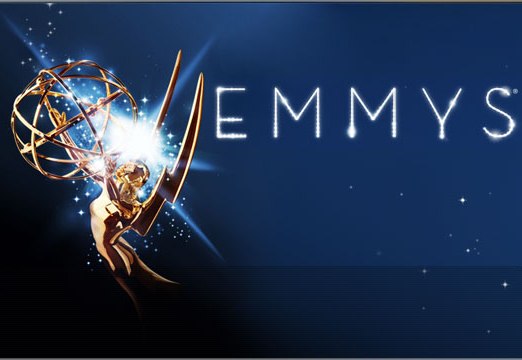 Without movie stars or musicians, the Emmys are generally the most boring of award shows and this year was no different.
Thank God for DVRs.

Amy Poehler – Parks and Wrecked marriage but she looks amazing. But don’t tell me she traded Will Arnett for Louis CK!

Zooey Deschanel – She really needs to stop dressing like a white extra in “The Help.”

Jon Cryer – I hate being reminded that Duckie is on “Two and Half Men.”

Modern Family – The Lily skit was the funniest thing of the night. Every skit needs Ken Jeong in half drag. No for real.

Julie Bowen – Never mind the award or that neon dress, who is her hot husband?

Sofia Vergara – She can make anything look good – even neon yellow/green bile gowns – but her dress last night was about ten years too soon for “Dancing with the Stars.”

Amazing Race – Sorry but I think the toughest reality competition show is “Here Comes Honey Boo Boo” … because I challenge you to try and sit through an entire episode. I couldn’t.

Lena Dunham – For anyone that’s ever wanted to see Justin Bieber in a dress – mission accomplished.

Claire Danes – From angst ridden teen to autistic animal doctor to bipolar CIA Agent, Claire can do no wrong … as a TELEVISION actress. Holla.

Connie Britton – Her hair and dress were an American Horror Story.

Jeremy Davies – His hair and demeanor brought to you by Meth.

Jessica Lange — Love huh! She walked that stage like it was no big whoop. I just want her to drink gin and tell me stories.

Ellen DeGeneres – And that my friends is the closest we’ll ever get to seeing Miss Ellie in a skirt.

Julianne Moore – If that dress were chambray she’d win an Emmy for playing a sister wife. You betcha.

Ashley Judd – The only thing that has gone Missing is her hair stylist.

Ginnifer Goodwin – Any thinner and David E. Kelley will hire her.

Nicole Kidman – Nicole at the Emmys is slowly preparing us for the inevitable bizarro end of world shit coming this spring … Nicole Kidman in the “American Idol” audience.

Hope you enjoy these musings more than Josh Groban covering One Direction during an In Memoriam skit.