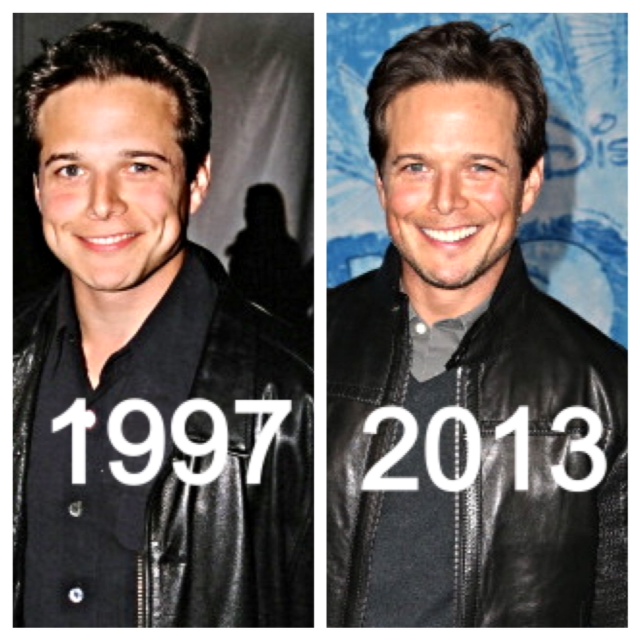 Former “Party of Five” star Scott Wolf has not aged since the ’90s.

Everyone remembers him as Bailey Salinger back on the FOX hit show (left) — but the 45-year-old baby face hunk showed up to the premiere of the new Disney film “Frozen” last night looking virtually the same (right). Not bad for a guy whose wife — Kelly from “Real World: New Orleans” —  is expecting their third child.