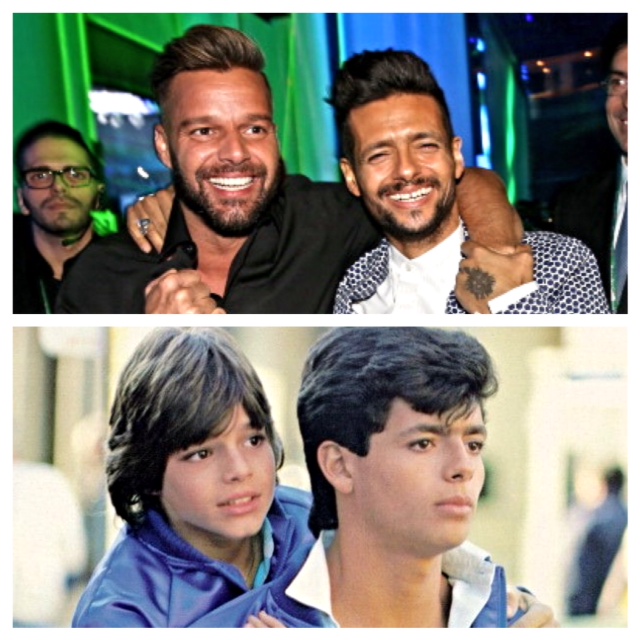 Latin sensation Ricky Martin reunited with his fellow former Menudo member Draco Rosa — who went by Robi Rosa back during the group’s ’80s heyday  — at the Latin Grammys on Thursday. Boricua!

The Puerto Rican duo have been great friends since leaving the boy band, as 44-year-old Draco composed and produced most of the 41-year-old pop star’s biggest hits (La Vida Loca, Maria, La Copa de la Vida, She Bangs, Shake Your Bon-Bon … ‘memba those?!)

In 2011, Draco — who is married to a woman — was diagnosed with non-hodgkin lymphoma, but has been cancer-free since May of this year.