Battle of the 52-Year-Old Daddies! 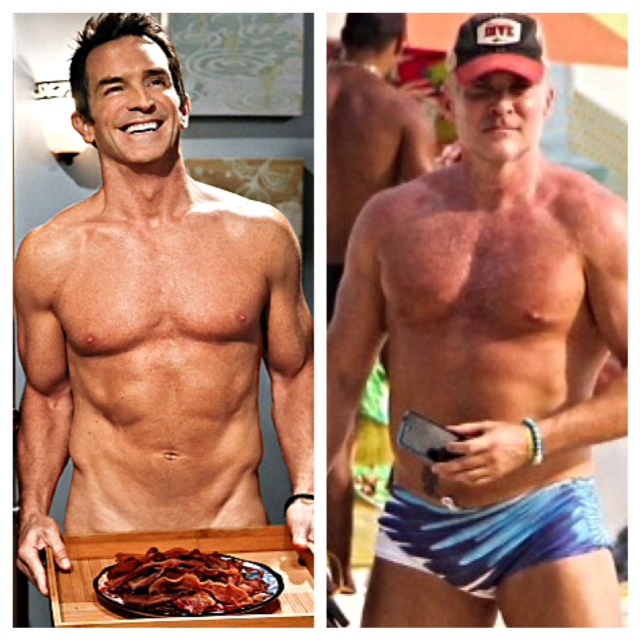 Jeff Probst and Sam Champion are both no longer closeted … about their shirtless, smooth, buff bodies! Who knew?!

The “Survivor” host is making everyone want to blow out his torch after showing off his ripped naked physique  on “Two and a Half Men,” and the forecast for the “Good Morning America” weatherman appeared to be jacked with a chance of man panties while on his honeymoon with husband Rubem Robierb in Brazil.

They may be 52, but we’re the ones getting hot flashes.